Right Under Your Nose: A More Convenient Way to Diagnose Alzheimer’s Disease

Certain proteins in nasal discharge can indicate the onset and progression of Alzheimer’s, providing an avenue for early detection

Scientists from the Daegu Gyeongbuk Institute of Science and Technology, Republic of Korea, discover a new way to diagnose Alzheimer’s disease by analyzing the levels of specific proteins in nasal discharge. This simple and inexpensive method could help in timely diagnosis of Alzheimer’s disease, in order to start treatment as soon as possible, thus delaying disease progression.

The Republic of Korea, like other countries with a rapidly ageing population, is facing increasing numbers of patients with dementia, of which Alzheimer’s disease (AD) is the most representative type. Unfortunately, AD has no complete cure yet; but, some treatments have been proven to delay its progression. Of course, this means that timely diagnosis while the symptoms are still mild is essential to maximize a patient’s quality of life.

However, currently available technologies for diagnosing AD are limited because they involve expensive machinery and invasive or inconvenient procedures. Now, in a recent study published in Scientific Reports, scientists from Daegu Gyeongbuk Institute of Science and Technology, Korea, hint at a novel way of diagnosing AD in a much simpler way —collecting and analyzing specific proteins in nasal discharge samples. 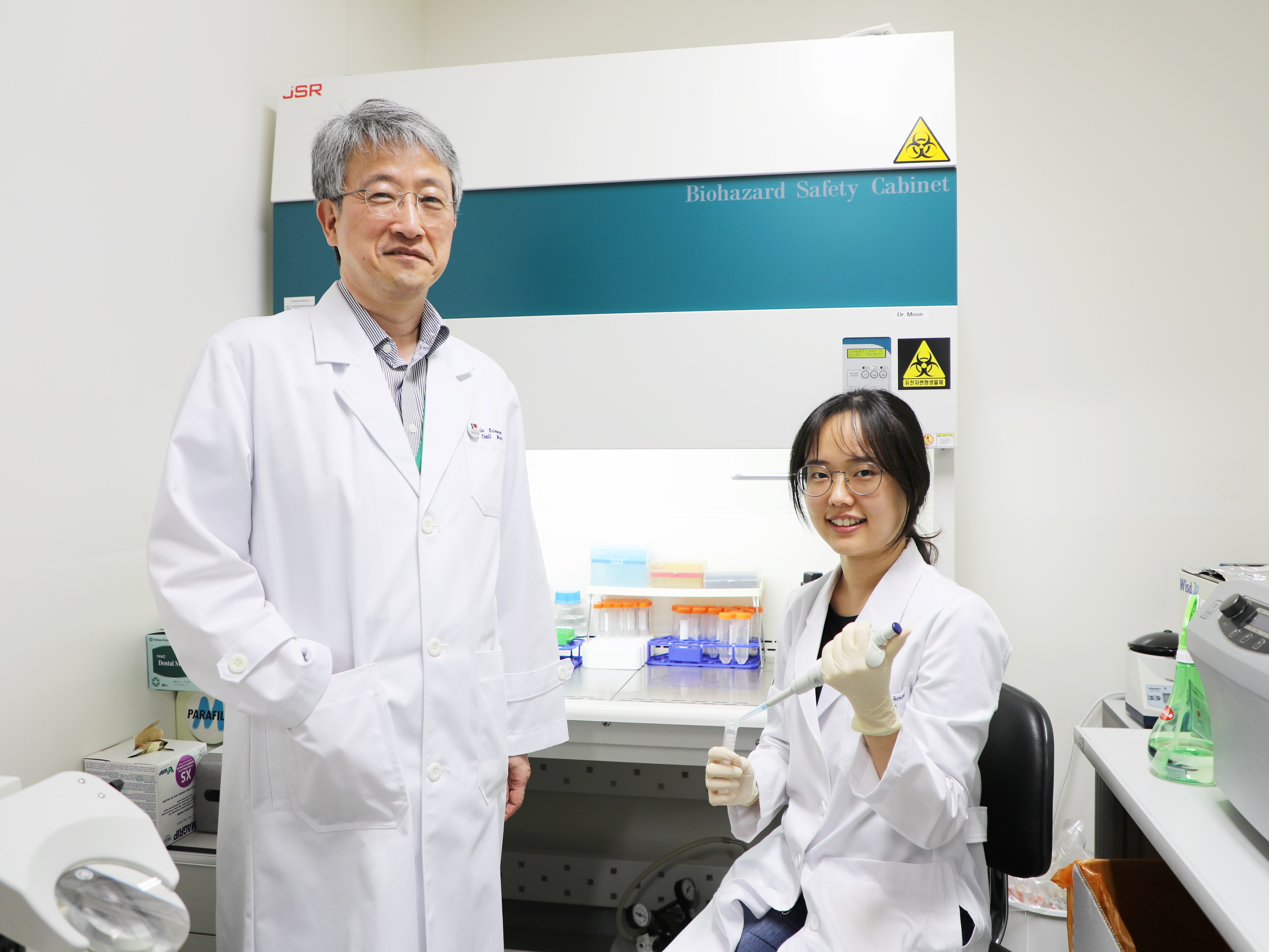 Professor Cheil Moon, who led the study, explains how they came up with the idea: “In 2017, we found that olfactory dysfunction occurred in the early stages of AD in mice and suggested that the cause of the symptoms was induced by soluble species of amyloid-β (Aβ) oligomer accumulations in the peripheral olfactory system. We hypothesized that soluble Aβ oligomers could be detectable in nasal discharge and that they may be a useful parameter to monitor disease progression.” To test their hypothesis, they gathered and compared nasal discharge samples from 39 patients with AD and 21 people from an age-matched control group.

They found that the levels of two particular Aβ oligomers (the aggregated forms of Aβ implicated as characteristic of Alzheimer’s) were consistently higher in patients from the AD group. What’s more, the levels of the “soluble” form of this protein could be used to not only separate healthy subjects from patients with AD, but also predict the onset and progression of AD over a three-year period.

Although further research will be required to better understand the link between Aβ oligomers in nasal discharge and the cognitive impairments related to AD, the results are certainly promising. Prof Moon remarks, “Routine nasal discharge screenings would be a better option to screen for AD because of its various advantages, such as its relatively low cost and non-invasive nature. The results of our study introduce a novel and simple approach to assess AD progression.”

This new diagnostic technique will hopefully help in simpler and faster detection of Alzheimer’s and improving the disease outcome, thus bringing much needed relief to millions suffering from the Alzheimer’s worldwide.