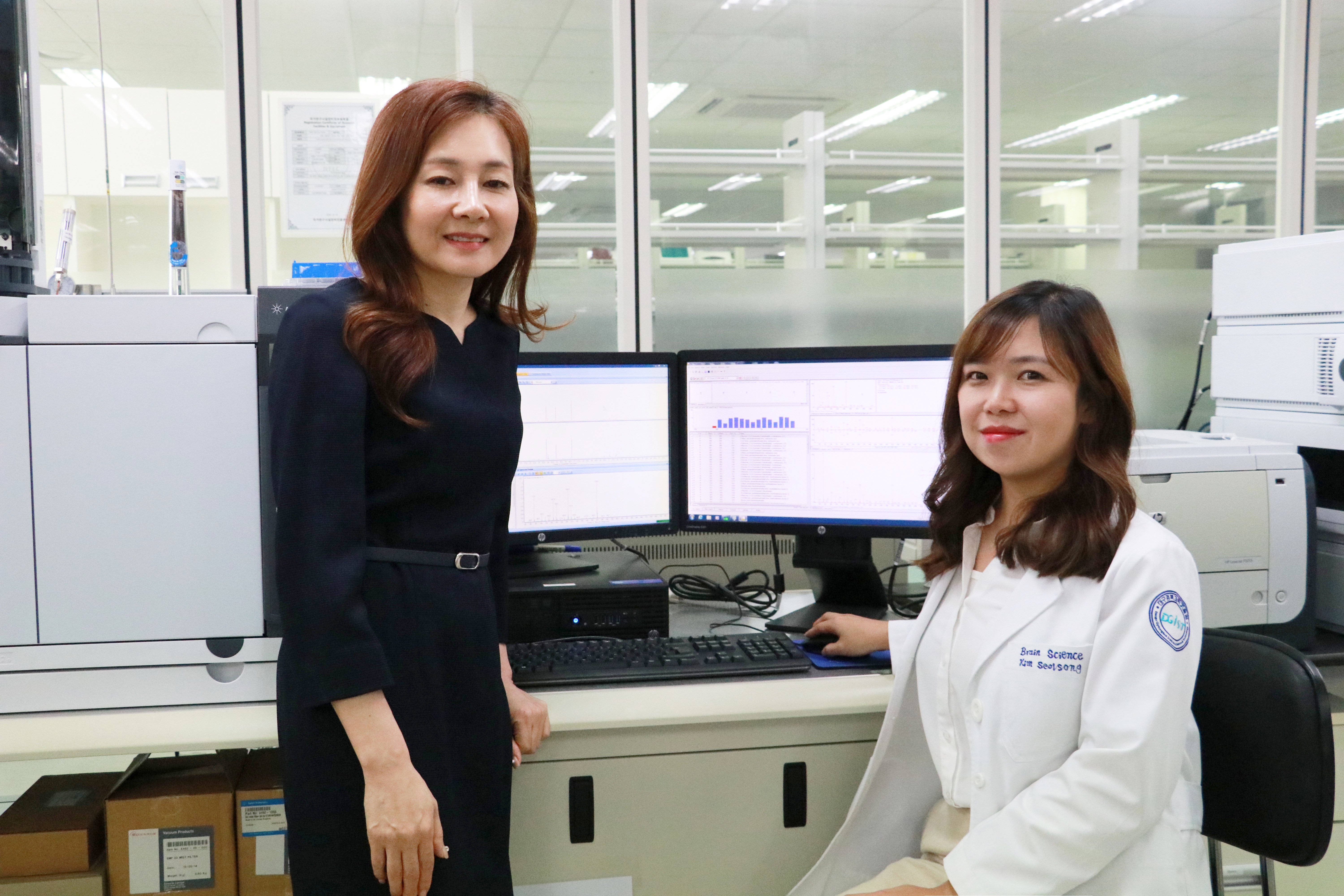 Due to westernized eating habits in today’s society, the prevalence of metabolic diseases such as obesity and diabetes has markedly increased. To prevent and treat these diseases, it is important to decrease appetite and increase energy consumption. However, specific mechanisms for effective treatment of metabolic disease has not been elucidated yet.

Based on the knowledge that tanycytes, which connects cerebral ventricle1 and hypothalamus2, detect nutrients in food and control appetite, Dr. Eun-Kyoung Kim’s research team found that ‘TSPO (translocator protein),’ which is a mitochondrial protein in the tanycytes, responds to overnutrition signal and control lipid and energy metabolism. The research team also announced an interesting result that TSPO inhibition increases energy expenditure in the body and decreases appetite.

The research team observed that excessive lipid droplets, the major cellular organelles for the storage of neutral lipids, are accumulated in tanycytes of high-fat diet-induced obese mice. In those mice, inhibition of tanycytic TSPO induced lipophagy, one type of autophagy, breaking down lipid droplets to use them as an energy source via modulating energy homeostasis. As a result, the production of Adenosine Triphosphate (ATP)3 that plays essential roles in cellular energy metabolism was increased. Furthermore, food intake was reduced and energy expenditure was elevated, leading to weight loss when tanycytic TSPO was inhibited in high-fat diet-induced obese mice.

Dr. Kim said clarifying the role of tanycytic TSPO that controls lipophagy helps to understand the functions of these cells in overnutrition state. It implies the possibility to use tanycytic TSPO as a potential therapeutic strategy for metabolic diseases such as obesity.”

This research was participated by Seolsong Kim, an integrated M.S.-Ph.D. degree student in the Department of Brain and Cognitive Sciences at DGIST as the first author and was published online on ‘Autophagy’, a world-renowned journal in the field on August 30. This research was also performed with support from the DGIST convergence project on brain plasticity-based rehabilitation mechanism and technique by the Ministry of Science and ICT as well as the mid-level researcher project by the National Research Foundation of Korea.

1  Cerebral ventricles: A space inside brain surrounded by structures such as cerebrum, cerebellum, and the brain stem.
2  Hypothalamus: Connects to pituitary gland and controls appetite and energy metabolism.
Controls food intake, hunger, and energy homeostasis by receiving the signals of various nutrients and hormones.
3  Adenosine Triphosphate (ATP): An organic chemical compound with 3 phosphate groups on adenosine. Exists inside the cells of all living things and plays a very important role in energy metabolism.