Developed High-Performance Data Processing Technology through a New Database Partitioning Method
- Improve query performance 4.2 times in average compared with Apache Spark SQL which is widely used parallel query processing system in both academia and industry
- Can have a huge impact on large-scale data analysis for complex databases and queries 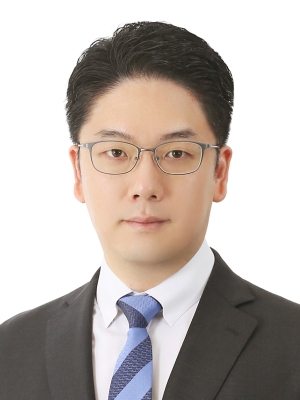 Relational database is widely used in various fields. As the size of relational database increases, a number of machines are used to store such large data where each node manages a part of data. Each part of data is called “partition” of a data and is generated by partitioning an input data as a number of individual partitions. ‘Apache Spark SQL’ is widely used parallel query processing system for relational database. Although a number of query processing technologies have been developed, they require expensive network communication among machines to process large-scale of data.

The GPT technology developed by Professor Min-Soo Kim’s team achieves 4.2 times faster performance on average compared with Apache Spark SQL when we use TPC-DS database and queries, which is the industry standard benchmarking method. In addition, GPT technology can be used as an optimization technique for large-scale data processing in a real world beyond a theoretical issue.

Professor Min-Soo Kim in the DGIST Department of Information and Communication Engineering explained that “As there are huge interest regarding fast and efficient large-scale data processing starting from 2010s, we have focused on studying this issue. We expect that the technology for processing relational data we developed from this research will be very useful in the future as data becomes larger and complex.”

This research was co-conducted by Ph.D. candidate Yoon-Min Nam in the Department of Information and Communication Engineering as the first author and was published on April issue of ‘Information Sciences,’ a world-renowned international journal.