Professor Hongsoo Choi, DGIST, develops a microrobot that selectively connects neural networks by minimizing cell damage using in vitro wireless control.
A significant role is expected in research of nervous-system-related diseases, including severe brain diseases, such as dementia and epilepsy. 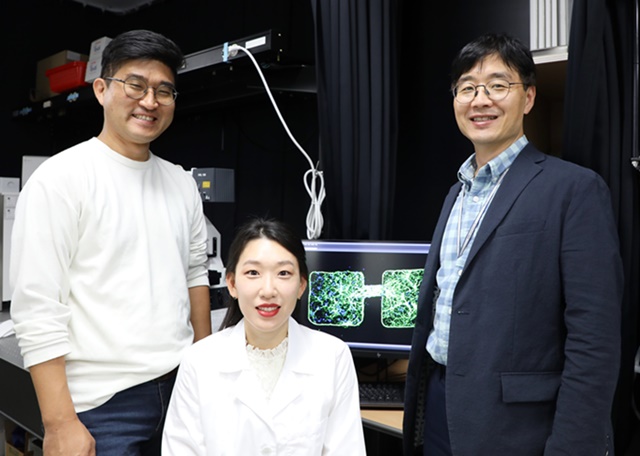 DGIST announced that Professor Hongsoo Choi and his team in the department of Robotics Engineering developed a neural cell delivery microrobot that connects neural networks by accurately delivering neurons to the intended locations under the in vitro environment. The development is expected to play a significant role in future research of various nervous-system-related diseases, such as dementia, epilepsy, and other severe brain diseases.

Research on microrobot technology for the treatment of human tissues that makes drug treatment and surgeries possible is currently drawing attention. Microrobots can accurately deliver neural cells without wasting cells or drugs since they are controlled through wireless control using external magnetic fields. Prof. Choi’s team succeeded in developing a platform that makes neuron delivery and neural network connection possible by using these advantages of microrobots.

The research team produced a microrobot with a length of 300µm using the 3D laser lithography1)  process and created a groove of 5-µm patterns on the robot body to cultivate neurons. The structures underwent a metal deposition process of nickel and titanium oxide thin films for magnetic field driving and biocompatibility.

Prof. Choi said, “This research will be a breakthrough in analysis of functional biosignals for research of various nervous system diseases, because the microrobot can connect in vitro neurons in a desired pattern. We expect that the development will be applicable to various application studies based on the electrophysiological analysis of neurons.” He also revealed his plans, saying “We will make an effort to use this microrobot for various medical and engineering purposes through follow-up research.”

This research project was carried out as a convergence study of Prof. Hongsoo Choi’s team, Senior Researcher Jinyoung Kim of the DGIST-ETH Microrobotic Research Center, Prof. Seong-Woon Yu with his team from the department of Brain and Cognitive Sciences together with Professor Jong-cheol Ra of the Korea Brain Research Institute(KBRI). The research result was published on online issue of Science Advances in September 25th. The project was supported by the Ministry of Science and ICT and the DGIST.

1) 3D laser lithography: In this process, a laser with a wavelength of 780 nm having a short femtosecond pulse of 100 fs is irradiated to a photoresist and exposed to light. This method can be used to produce sophisticated 3D structures without a mask. 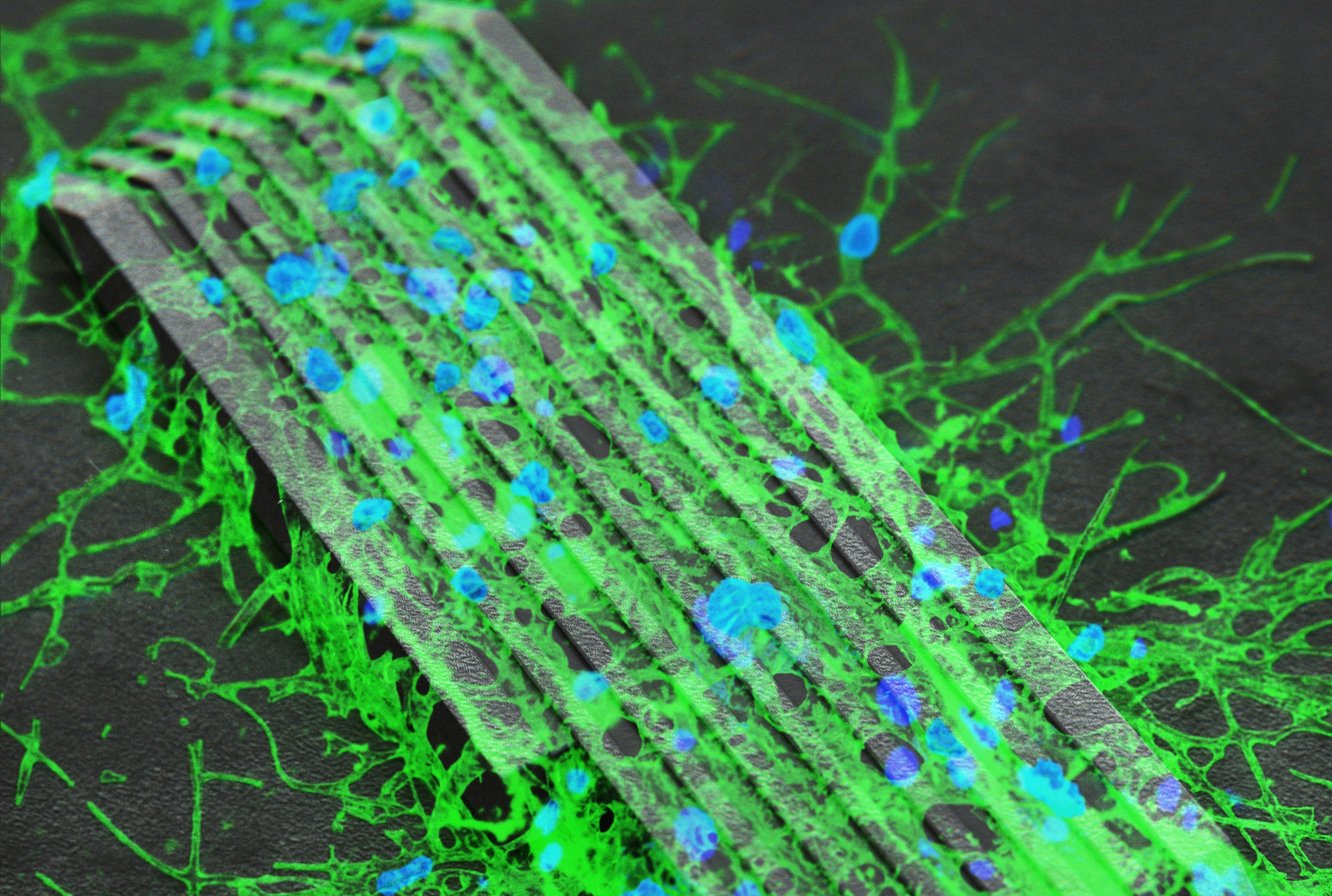 Image of the neuron-delivery microrobot: the cultivation of neurons put on the microrobot according to a micropattern is shown by fluorescence imaging 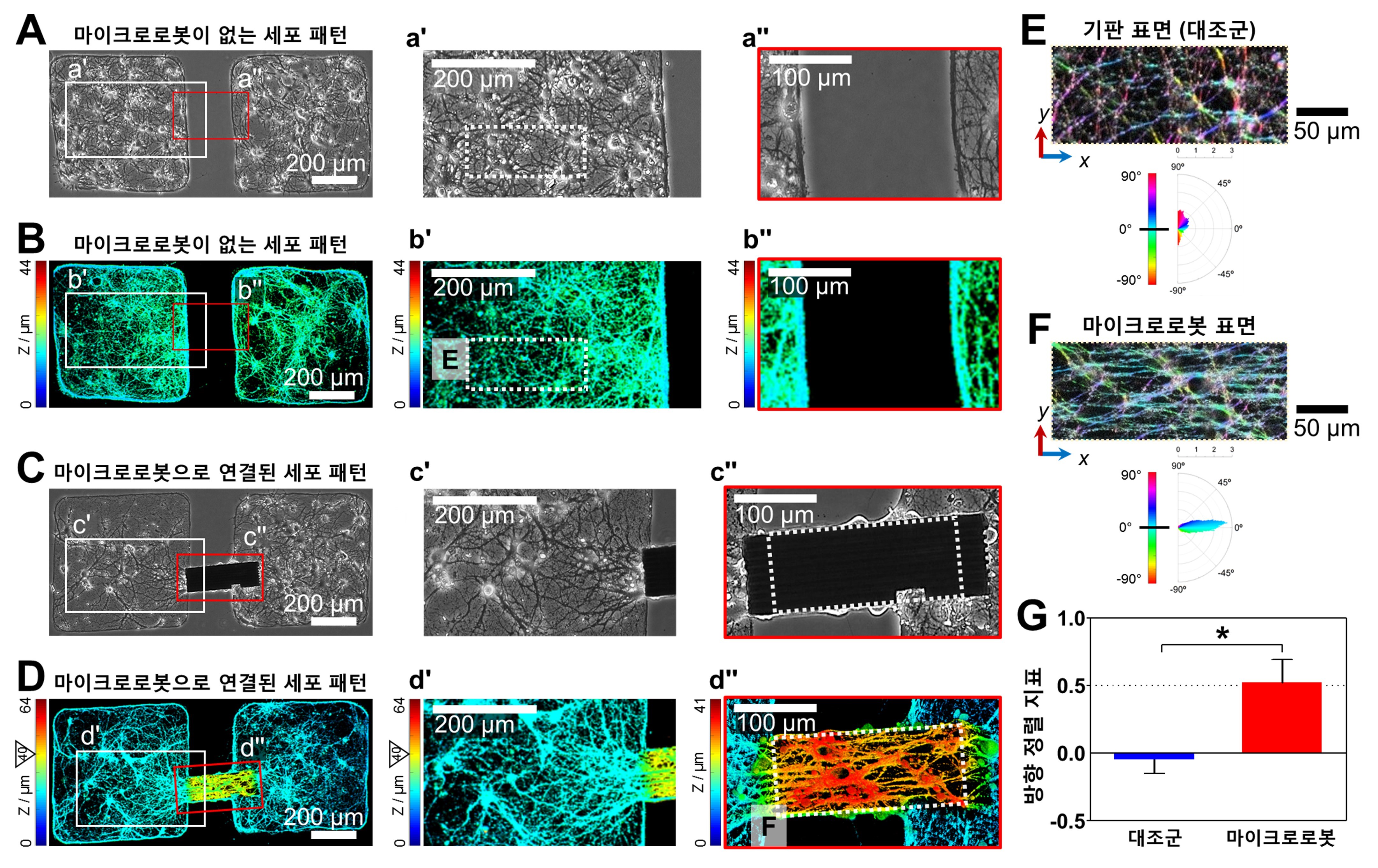 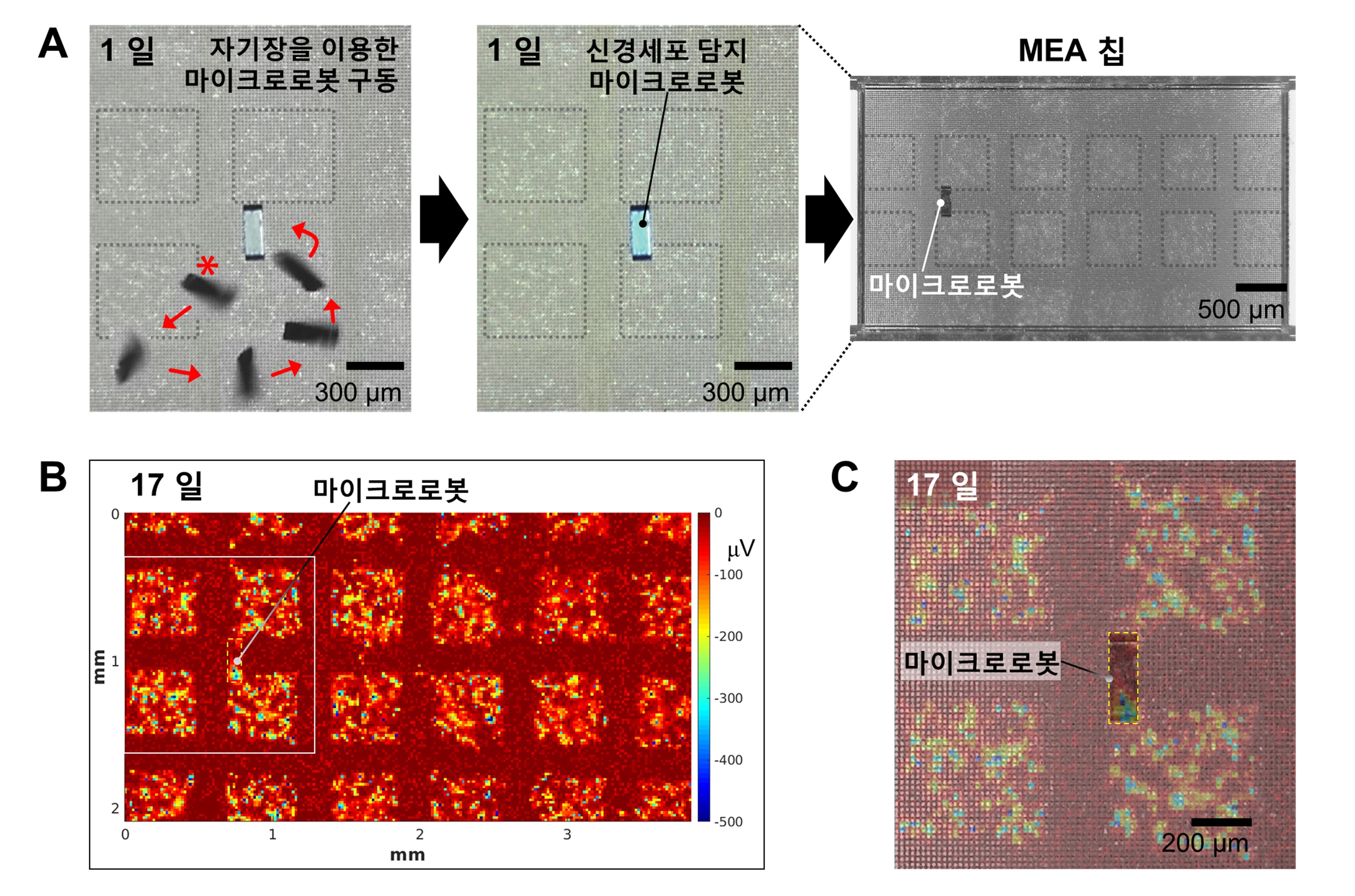 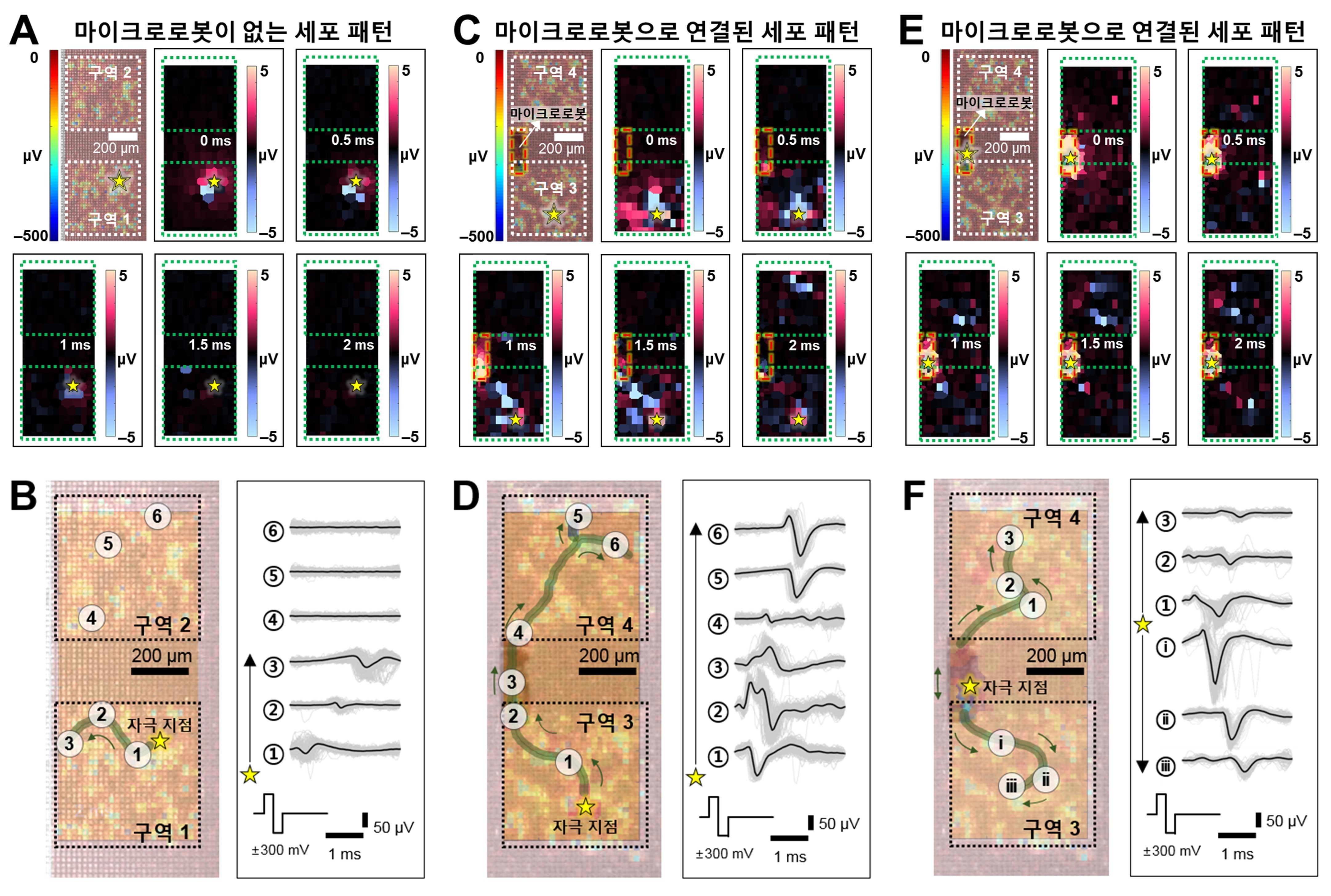