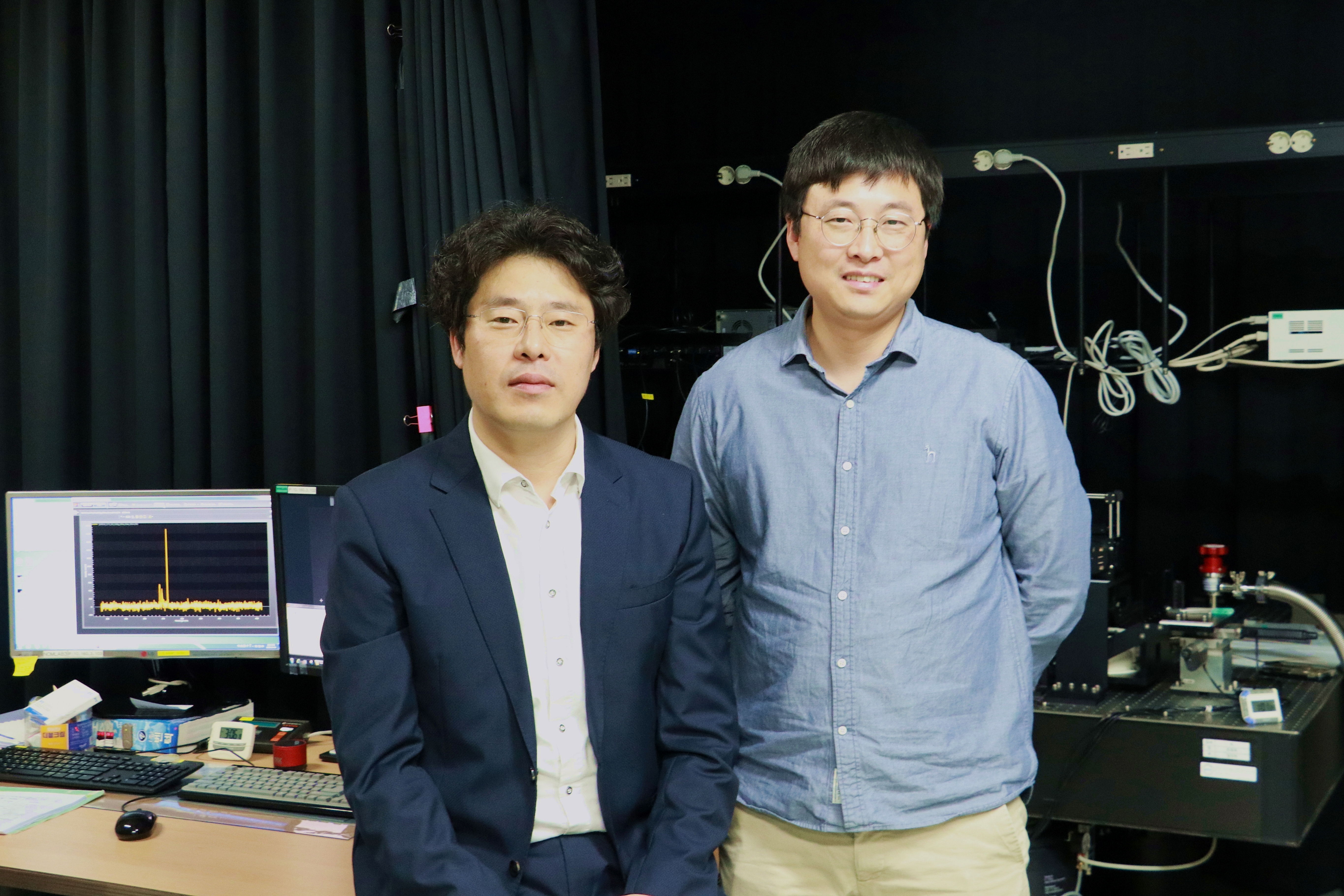 A room temperature polariton nano-laser has been demonstrated, providing the crucial path of related research such as polariton physics at the nanoscale and also applications in quantum information systems. The research was published in the journal, Science Advances (https://advances.sciencemag.org/content/5/4/eaau9338).

DGIST announced on May 8 that a polariton nano-laser operating at room temperature was developed by Professor Chang-Hee Cho’s team in the Department of Emerging Materials Science, in collaboration with Professor Seong-Ju Park at GIST and Professor Ritesh Agarwal at University of Pennsylvania. When an excitation of material by creating Coulomb-bound states of electron-hole pairs (excitons) strongly interacts with photons, a macroscopic quantum state of exciton-polaritons is formed and gets advantages of both the light and the matter, resulting in very energy-efficient coherent light sources, called ‘polariton lasers’. The polariton laser is drawing much attention as the next generation laser technology because it can operate at ultralow power. However, its development has been limited due to the difficulties in controlling thermal stability of excitons, especially in nanoscale devices.

To overcome such limitation, the research team used ‘quantum well’ which was named to mean a space that electrons fall easily. Research Fellow Dr. Jang-Won Kang at DGIST integrated a quantum well on the sidewall of nanostructure semiconductor and succeeded in maintaining thermally stable excitons even at room temperature, otherwise they are stable only at very low temperatures.

Furthermore, the quantum well structure contributed to the formation of more efficient and stable exciton-polariton states than before by strengthening the coupling of exciton and light inside the nanostructure semiconductor. This became solid foundations for Professor Chang-Hee Cho’s team to develop the polariton nano-lasers, which are stable at room temperature and operate at only 1/10th power of existing nano-lasers.

Professor Chang-Hee Cho stated that “Since the new nanostructure semiconductor can boost the properties of excitons and thus the exciton-polaritons, we were able to develop the polariton nano-lasers that can operate at room temperature using this technology. Especially, we are very happy because we can now contribute to building a platform to study the physical phenomena related to the exciton-polaritons at room temperature.” 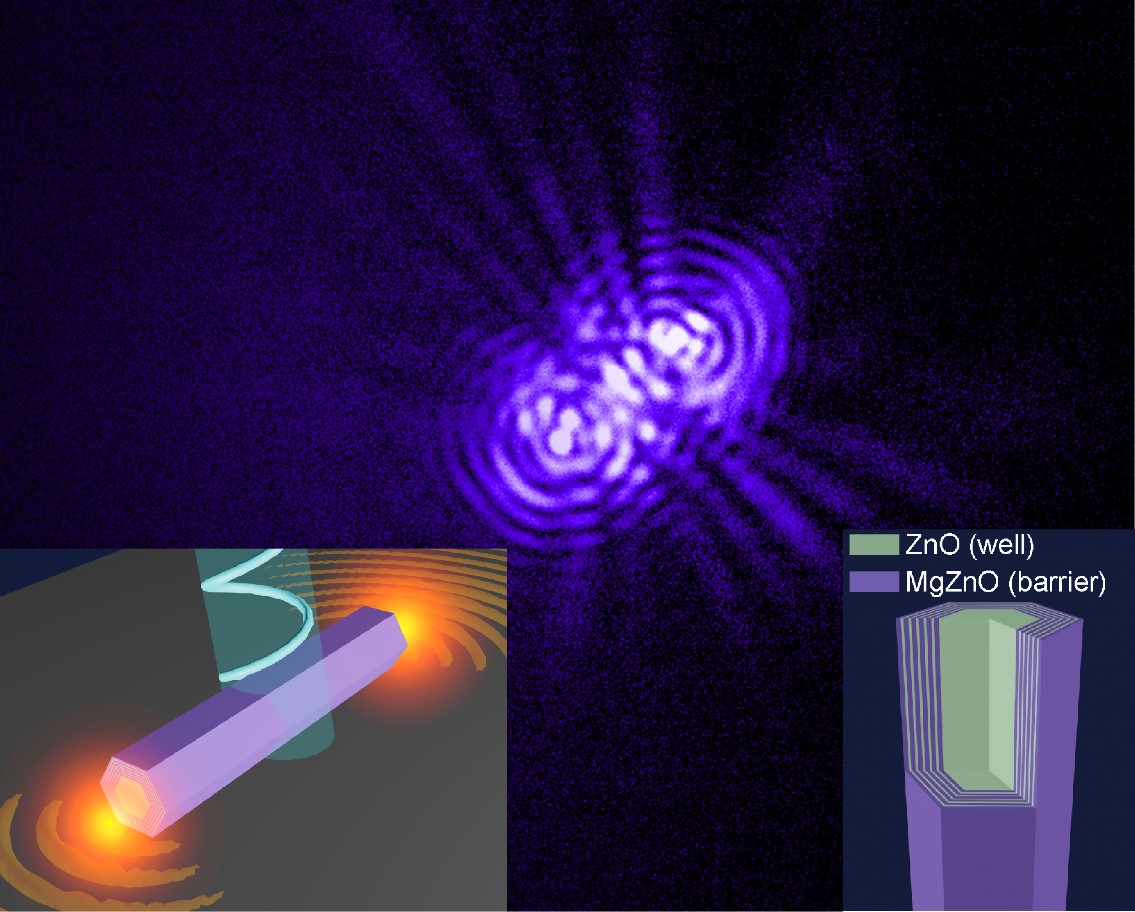 △Coherent light emission of one-dimensional polaritons in the quantum well nanocavity. Above the lasing threshold, the interference pattern, which is associated with Fabry-Pérot cavity modes along the long axis of the nanorod (left inset), is observed. The radial quantum wells integrated on the sidewall of the nanorod (right inset) provide the enhanced thermal stability and oscillator strength of excitons to achieve the room-temperature polariton lasing.