A breath of fresh air for longer-running batteries

A low-cost catalyst on a sulphur-doped, porous, carbon nanostructure improves the performance of lithium batteries that run on air. 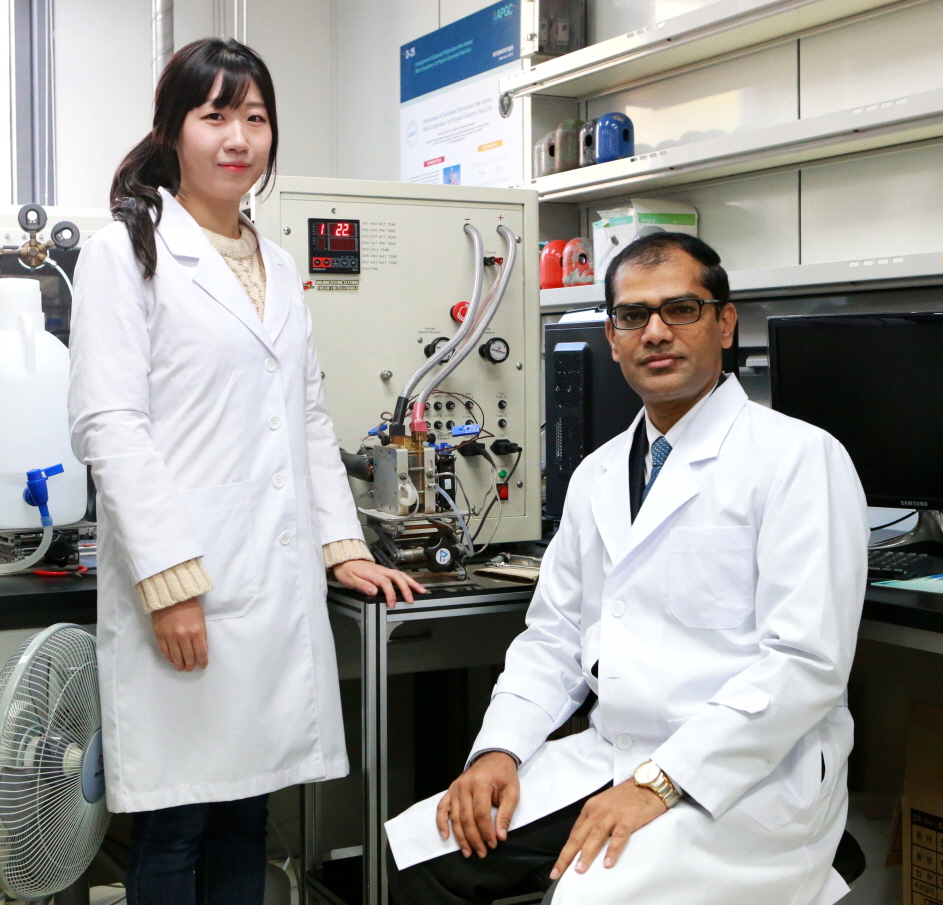 DGIST researchers are improving the performance of lithium-air batteries, bringing us closer to electric cars that can use oxygen to run longer before they need to recharge. In their latest study, published in the journal Applied Catalysis B: Environmental, they describe how they fabricated an electrode using nickel cobalt sulphide nanoflakes on a sulphur-doped graphene, leading to a long-life battery with high discharge capacity.

“The driving distance of electric cars running on lithium-ion batteries is about 300 kilometers,” says chemist Sangaraju Shanmugam of Korea’s Daegu Gyeongbuk Institute of Science & Technology (DGIST). “This means it’s difficult to make a round trip between Seoul and Busan on these batteries. This has led to research on lithium-air batteries, due to their ability so store more energy and thus provide longer mileage.”

But lithium-air batteries face many challenges before they can be commercialized. For example, they don’t discharge energy as fast as lithium-ion batteries, meaning an electric car with a lithium-air battery might travel further without needing to recharge, but you’d have to drive very slowly. These batteries are also less stable and would need to be replaced more often.

Shanmugam and his colleagues focused their research on improving the capacity of lithium-air batteries to catalyse the reactions between lithium ions and oxygen, which facilitate energy release and the recharging process.

Batteries have two electrodes, an anode and a cathode. The reactions between lithium ions and oxygen happen at the cathode in a lithium-air battery. Shanmugam and his team developed a cathode made from nickel cobalt sulphide nanoflakes placed on a porous graphene that was doped with sulphur.

Their battery demonstrated a high discharge capacity while at the same time maintaining its battery performance for over two months without the capacity waning. 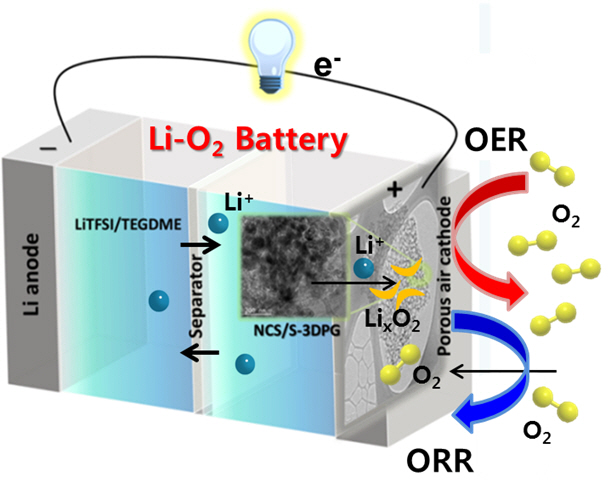 The cathode is designed to facilitate the uptake and release of oxygen, processes that are needed for discharging and charging a lithium-air battery. ⓒDGIST

The success of the battery is due to several factors. The different-sized pores in the graphene provided a large amount of space for the chemical reactions to occur. Similarly, the nickel cobalt sulphide catalyst flakes posses abundant active sites for these reactions. The flakes also form a protective layer that makes for a more robust electrode. Finally, doping the graphene with sulphur and the interconnectivity of its pores improves the transportation of electrical charges in the battery. DOI: 10.1016/j.apcatb.2019.118283

The team next plans to work on improving other aspects of the lithium-air battery by conducting research on understanding the discharge/charge behaviours of the electrodes and its surface characteristics. “Once we’ve secured the core technologies of all parts of the battery and combined them, it will be possible to start manufacturing prototypes,” says Shanmugam.