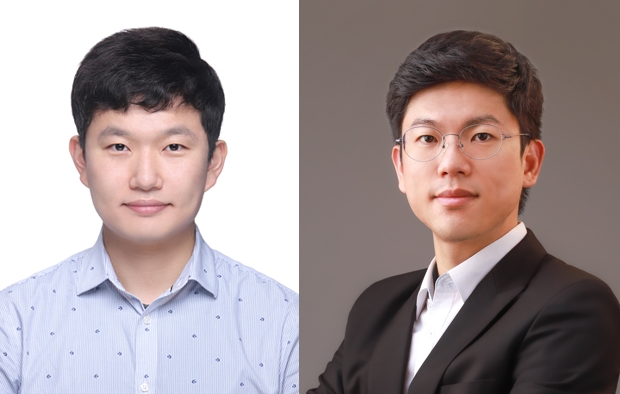 On October 12 (Monday), DGIST announced that Professor Jiwoong Yang in the department of Energy Science & Engineering and Professor Sangyoon Han in the department of Robotics Engineering were selected as an inspiring researcher in the area of Novel Material and ICT, respectively, by Samsung Research Funding & Incubation center for Future Technology(SRFC)  for the second half of 2020.

Prof. Yang’s research focuses on "Developing high-efficiency and high-stability quantum dot materials and devices by unveiling the secrets behind the life cycle of quantum dots" and was selected as one of promising research by SRFC. The research aims to implement high-efficiency and high-stability QLED display technology based on the fundamental understanding of the entire life phases of quantum dot nanoparticles from their birth to death.

“While quantum dots are attracting considerable attention as a next-generation display technology, the efficiency and stability of self-luminous QLED remain significantly low owing to the lack of fundamental understanding of the synthesis and deterioration process,” said Professor Yang. “I intend to conduct a research that contributes to the commercialization of quantum dot display technology through this project.”

Meanwhile, Prof. Han’s research received its credit with the theme of "on-chip optical Ising machine for combinatorial optimization problems". He aims to develop a microchip that can solve the challenges of optimization theory that could not be solved in real time even with a supercomputer by implementing an artificial neural network operating in the quantum domain using light-flowing semiconductors.

“The development of this chip will open up a way to solve the challenges related to new drug development, autonomous driving, social networks, and cryptocurrency, without time and space constraints, resulting in a noticeable ripple effect in real life,” said Prof. Han. “I want to bring about a positive change in human life through this project.”

Samsung Future Technology Development Project is a social contribution project in which Samsung Electronics contributed KRW1.5 trillion in 2013 to support the research in the field of future science and technology in South Korea for 10 years. The research funding of KRW39.6 billion will support 31 projects selected for the second half of 2020: 15 basic science, 7 material science, and 9 ICT projects, including those of the DGIST professors, Jiwoong Yang and Sangyoon Han.