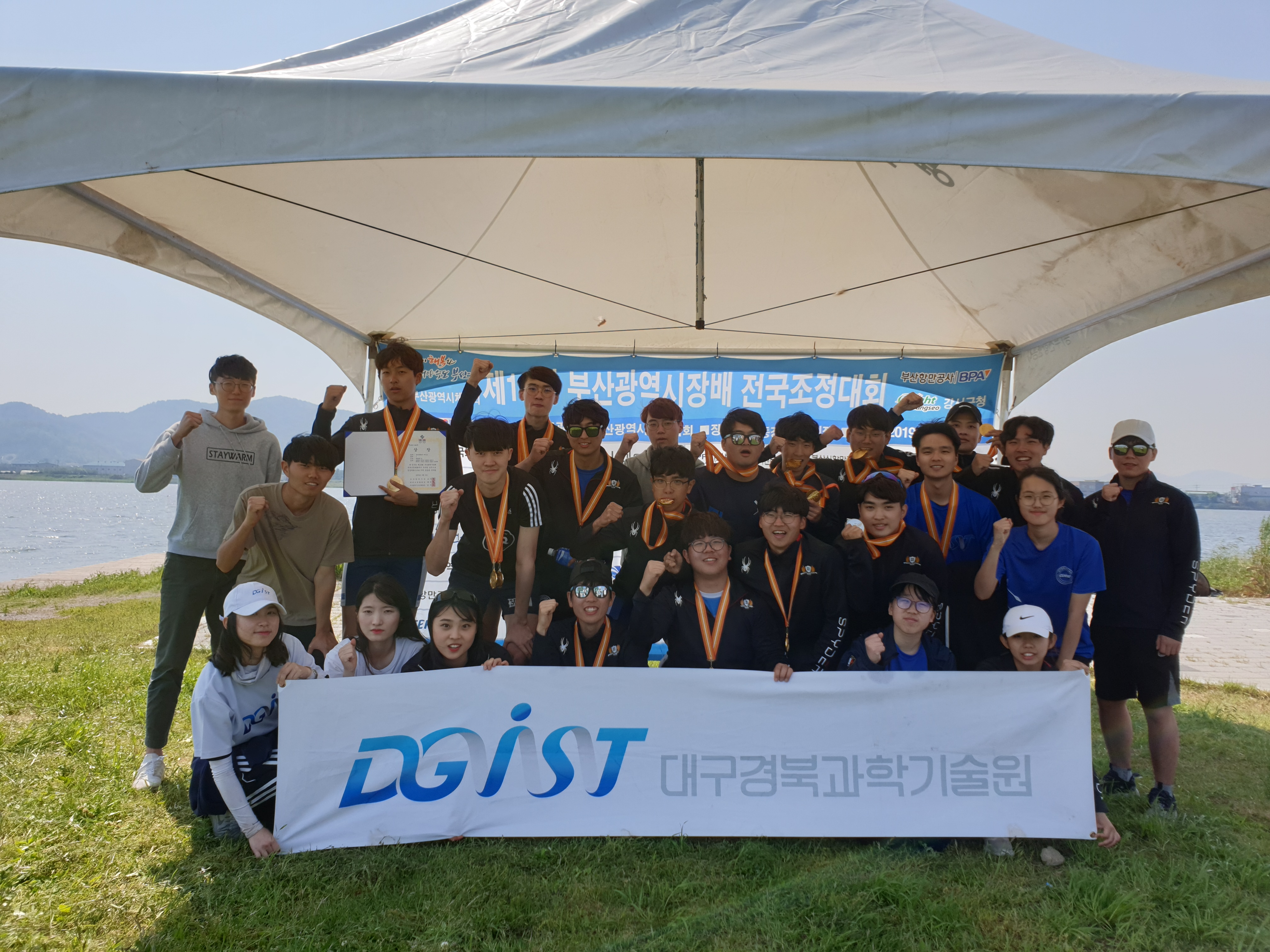 △The DGIST Rowing Team that won grand slam in Males University Water Sports Division of the ‘12th National Rowing Competition in Busan’ from May 4 to 5, 2019 are taking a photo.

DGIST (President Young Kuk) announced that its male university team swept all events of the water sports in the ‘12th National Rowing Competition in Busan,’ which was held from Saturday May 4 to Sunday May 5 in the Rowing Stadium in West Nakdong River of Busan. DGIST Rowing Team male division won gold medals in 2 water sports including Four with Coxswain and Eight with Coxswain, 1 silver in indoor rowing competition Four with Coxswain, as well as 1 bronze in individual matches.

This event was participated by 270 students of 44 teams from 9 universities in the country including DGIST, Seoul National University, UNIST, Postech, Handong Global University, Korean Naval Academy, and Korea Maritime and University. The students competed fiercely for team and individual indoor rowing matches in Eight with Coxswain and Four with Coxswain events for two days.

Meanwhile, DGIST plants to hold ‘2019 Global Leading University Rowing Festival’ at DGIST and Dalseong Nakdong Rowing Stadium (near BakSeokjin Bridge) from Wednesday, August 21 through Sunday, August 25. This event will be participated by students from MIT in the U.S., the University of Cambridge in the U.K., Swiss Federal Institute of Technology Zürich, the Hong Kong University of Science and Technology in China, University of Sydney in Australia, as well as DGIST, UNIST, and POSTECH from South Korea. A total of 6 universities from 4 countries will also experience many academic and cultural exchange programs such as Technopolis Company Exploration and Korean traditional cultures in addition to the rowing competition in good faith.