Revitalize the Regional Economy with ‘DPIC-4.0’

DGIST will be promoting the “D-PIC 4.0 (Digital Productivity Innovation Cluster 4.0)” to cope with the local economic recession and the decline in R&D due to the spread of COVID-19. D-PIC 4.0, which was unveiled at the ‘Daegu Onsite Discussion for the Revitalization of the Regional Economy’ held at DGIST on Fri., June 5, will carry out various supporting projects to re-boost the regional industry in the future. 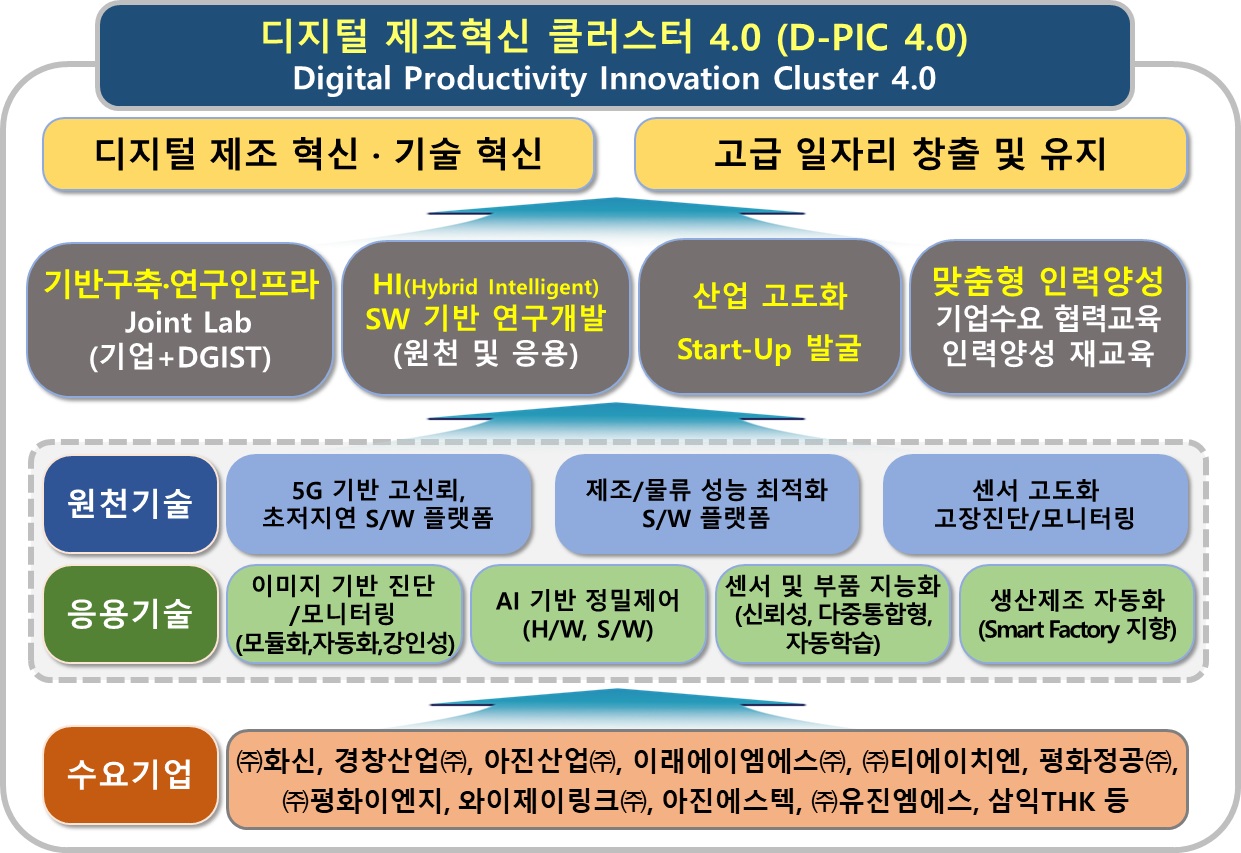 D-PIC 4.0 is a new concept cluster of industry-academia-research cooperation to advance the new growth industries of Daegu region. It will boost up the establishment of new manufacturing industries applied with advanced technologies, consequentially fostering the establishment of an active manufacturing innovation atmosphere and employment stabilization.

Through D-PIC 4.0, DGIST will especially build a foundational cluster around Technopolis in Daegu and will lead a digital manufacturing and technology innovation based on HI1(Hybrid Intelligent) software.  Here, DGIST will fortify a close cooperative relationship with local governments and related industrial parties. Such cooperative mood will be helpful for the promotion of industrial innovation for re-boosting the manufacturing industry in Daegu-Gyeongbuk region, which would be triggered by new jobs openings and stabled employment through the creation of innovation-focused ecology in manufacturing sector.

DGIST President Yang Kuk said “It is necessary to create a new industry ecology in order to overcome the local industry crisis and to secure the competitiveness in ‘new-growth engine industries’. D-PIC 4.0 will play a pivotal role both in developing industry growth engines and applying it to industries by researching a variety of areas such as core technology and applied technology.” 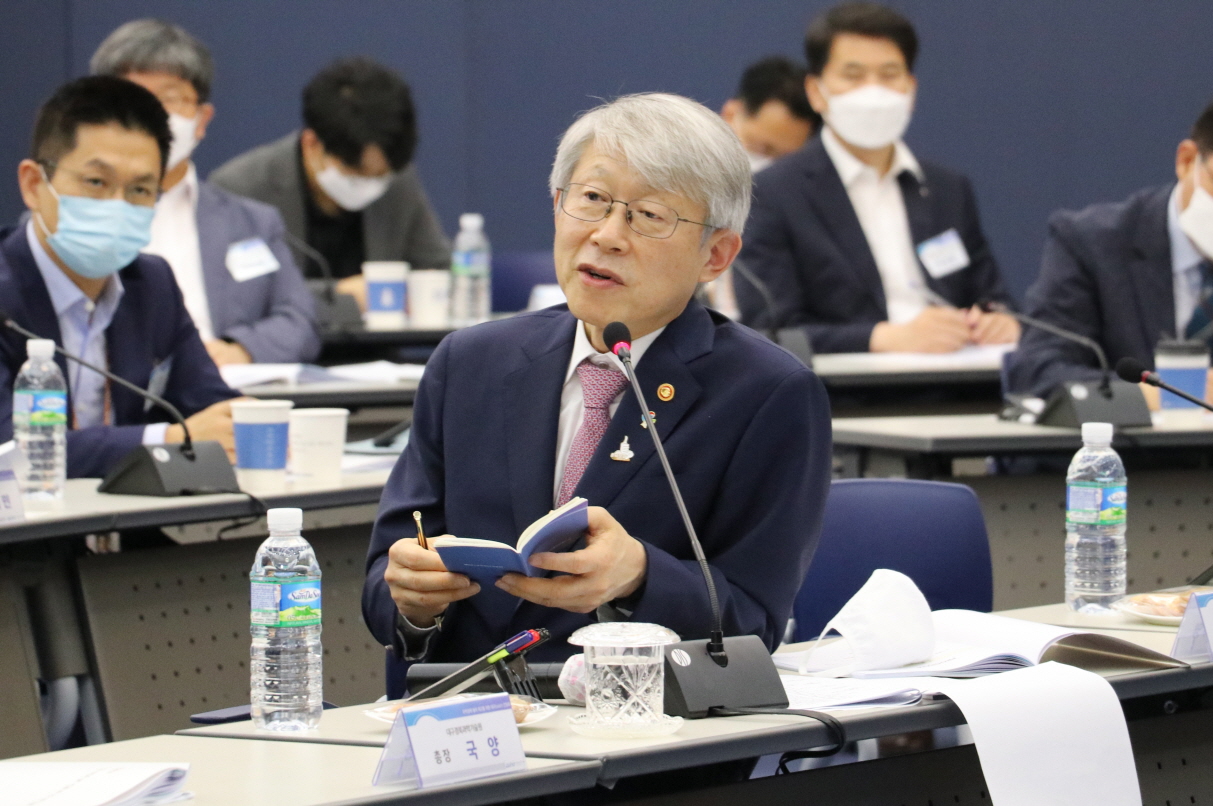 Meanwhile, Minister Ki-young Choi of the Ministry of Science & ICT who visited DGIST on Friday June 5 gave a presentation on a “Plan to Enhance and Revitalize the Regional Economy based on Science and Technology in response to COVID-19 crisis,” including D-PIC 4.0.

The “Plans to Enhance and Revitalize the Regional Economy based on Science and Technology in response to COVID-19” is a measure to re-boost the regional economy, divided into immediate execution tasks and post-COVID-19 tasks. Accordingly, D-PIC 4.0 will reduce the private burden of using corporate R&D and public infrastructure, and ultimately promote the revitalization of regional economy in connection with the expansion of corporate investment. In addition, DGIST will carry out activities to meet regional needs and expand the science and technology infrastructure by designating an R&D special zone, expanding R&D led by the Daegu/Gyeongbuk region, and using the regional branches of DGIST and government-funded research institutes in response to the post-COVID era.

---
1  HI (Hybrid Intelligent) software: A hybrid software technology combining the existing logic-based software and the data-based AI technology, which drives the innovation of industry platforms such as factory automation due to high system reliability by applying the AI technology in unknown situations such as power outage and security attacks.